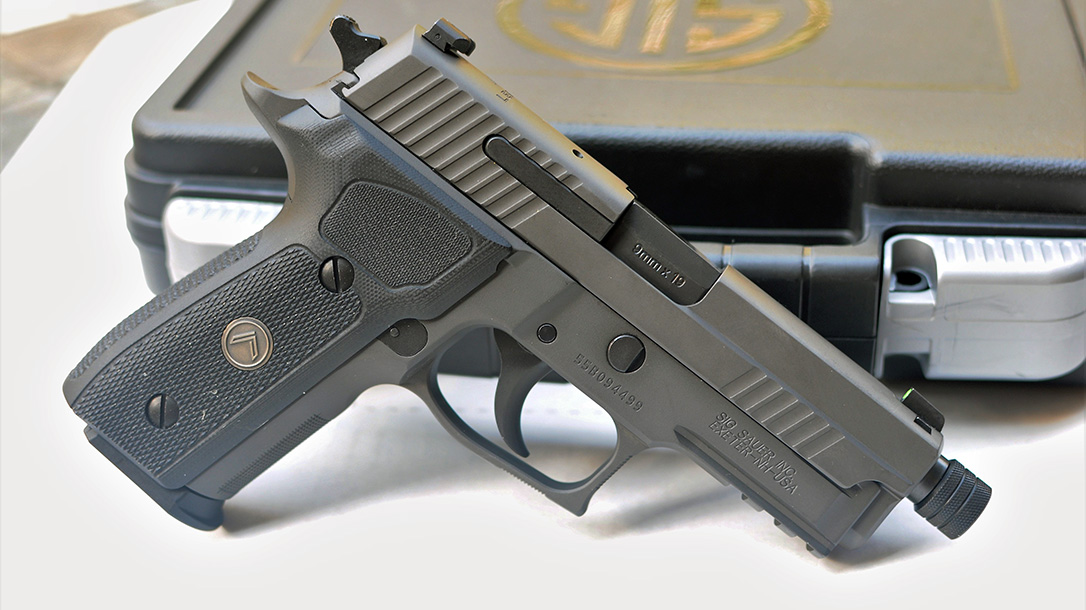 Sig Sauer is a company the manufactures different small handguns. This brand is mainly known for its high quality for civilian and military or law enforcement use.

But who is Sig Sauer what is the story behind one of the big names in the gun industry? Well a little history lesson. Sig Sauer is now a brand used by different sister companies as the original one went through several selloffs. The original company was named Schweizerische Wagon Fabrik (SWF) which later became Schweizerische Industrie Gesellschaft (SIG).

The original SIG known as SIG Combibloc Group doesn’t relate to the gun industry as the SIG Sauer we know and love. The SIG Sauer we all know is a partnership formed in 1976 between Schweizerische Industrie Gesellschaft (SIG) situated in Switzerland and J.P. Sauer & Sohn situated in Germany. The full name of the company is Sig Sauer GmbH & Co. Sig Sauer is well known throughout all the military and law enforcement all over the globe. Today we will bring you 5 choices of Sig Sauer famous pistols based on their ratio of concealability and quality.

The best thing about the Sig Sauer P320 is that you have customization options. That aren’t available on any other striker firer polymer-type pistol like the P320. Considering the fact that the P320 is a high-quality gun very precise at target engagement. And when you unite that with a great trigger you end up with a wonderful gun. The P320 is an unbeatable choice when it comes to new shooters. The customization options that are available for the P320 make this gun a great choice for an experienced shooter. As well and one of the main factors that people will choose the P320 is the trigger and also the possibility to have different grip sizes makes it a very common choice for female shooters as well.

The P320 is a wonderful choice as you can have different advantages as different sizes. And also calibers without the need of buying extra guns but only with a simple conversion kit. And the fundamentals the trigger and the feel of the gun will stay the same. The ability to switch through calibers like 9.mm, 40 calibers, 357.SIG or 45.ACP gives the P320 the ability to adapt to any shooter. You also can equip different attachments and extend even further the presentations of this awesome pistol.

The Sig Sauer Pistols, P365 is a striker fire pistol that is a wonderful gun that you can use not only with your standard ammunitions but is also rated for plus p ammo as well. Very high-quality gun with an awesome trigger that gives you an amazing feeling of the gun when you shoot it. There is a wonderful feature that the P365 has and that is that the P365 itself comes with its own Sig sights right out of the box so you don’t need to spend extra money on buying and installing extra sights on your pistol.

The P365 also haves a rail system that gives you the possibility to install different attachments. As flashlights etch making it the ultimate carry package. Instead of having a single stack mag with 6 or 7 rounds, you have a double stack 10 round magazine. Without having to carry around a big heavy and not practical at all pistol. The best part is that the magazines and the sights also the rail system mounted to the P365 is all in the box. No extra expenses considering the quality of the P365 and the extras you are getting a wonderful product worth the price you pay.

The Sig Sauer P229 LEGION RX is a little bit of a special Sig pistol and it is all in the RX part. This pistol comes with a Romeo one-site milled optic. The Romeo one is an awesome little optic with a lightweight magnesium construction and it comes in with the MOTAK technology which means the optic only activates when it detects motions making it last longer and not wasting batteries if not necessary.

The P229 LEGIONRX also has an X series sight which you can pair with the red dot. This gun also comes with a gray gun SRT (Short Reset Trigger). Trigger which makes the trigger reset almost instantaneous once you have fired. The way construction of the P229 LEGION RX is a little different from the norm. Allowing the hand to sit higher than on other pistols giving you a better feel of the grip and recoil control. P229 LEGION RX comes in three different calibers 9.mm, 357 Sig, and 40 calibers.

The Sig Sauer M17 SURPLUS is one of the Sig Sauer Pistols that the US Military has just adopted into service. This pistol was tested and it is configured to work with all the military spec ammunition also known as Plus Piano. Which has a higher pressure than the normal commercially available ammunition we usually can buy on a gun shop. The M17 also can shoot normal ammo but for that, you have to switch the guide rod mounted on the gun. With the extra one painted in orange that you will find in the box. You will get a 17 round magazine included with the gun which is far more than you will usually receive when buying a pistol. But the big surprise is that you will find in the box 2 additional 21 round extended magazines which are all 9.mm magazines.

A high-quality gun with a wonderful feel

A high-quality gun with a wonderful feel and that it is very reliable in all situations. The M17 comes as a standard chambered in 9.mm. Also this gun is configured to be as reliable and precise as possible it all comes in with its original Coyote tan controls. You will also find a manual inside the box with all the specifications and the instructions needed for the M17.

Thank you for your trust in us and your positive reviews. If you want to buy a gun or shooting equipment in Canada there is only one place to go. CANFIREARM – TOP RATED GUN STORE FOR FIREARMS AND SPORTING GOODS. 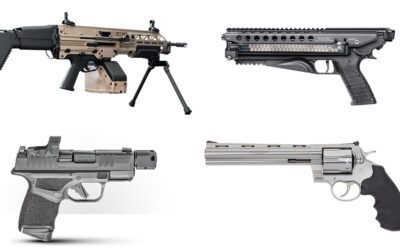 New handguns are in high demand, and gunmakers are scrambling to provide them. Here's what they're bringing out this... 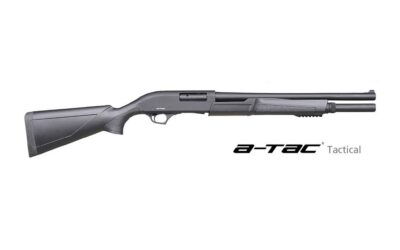 The Khan A-Tac tactical PUMP K500 If you are passionate about hunting or just a fan of guns who likes to shoot as a... 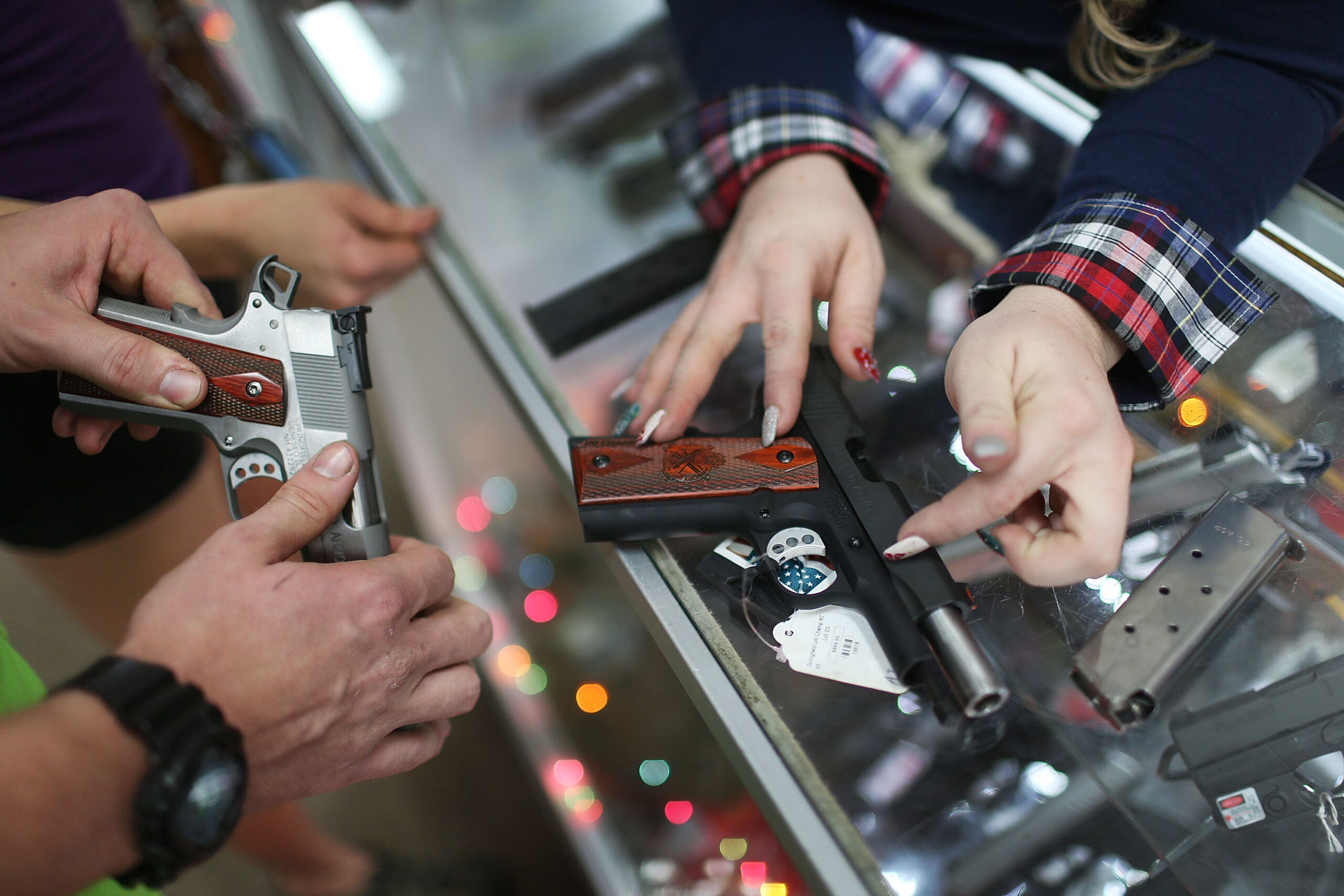 Considering to purchase a gun? Here are some questions you need to answer first. Am I ready to own a gun? If you are...