Sig Sauer P229 – The Most Used Pistol by Law Enforcement

The Sig Sauer P229 pistol and other models of Sig Sauer are considered to be on a league of their own, taking into consideration that they are extremely well made and reliable and as far as it goes you can equip them with a lot of attachments. The precision and the accuracy are second to no one as well. Partially, this is why so many Law Enforcement Forces all around the world are using this gun as their main gun.

Sig Sauer P229 is one of the most used models in the last 10 years and many shooters will state that the quality and the versatility of this handgun is magnificent.

The P229 is relative to the famous and much known P226 9mm. The P229 is a compact size gun chambered in 9mm, 40. and 357 SIG.  As a matter of fact, the P229 is the first production gun to be chambered with .357 SIG. Sig P229 was one of the first guns that were manufactured at Sig Sauer’s new production facility in New Hampshire. The old facility was situated in Virginia.

The P229 is the ideal gun for concealed carry. This fact made it widely used by law enforcement and also military personnel all around the world. The US Secret Services personnel also carry the P229. As a mid-size gun, the P229 can be compared to its rival the Glock 19 but when you take into consideration that the P229 is a double-action/single-action (DA/SA) and the gun itself is made of steel, not polymer the fair comparison should be made with the Berretta 92 rather than the Glock 19. The Berretta and the P229 Sig not only have the same size they also work with the same kind of action.

Many people don’t know that in the mid-1980s Sig Sauer lost the Government Contract against the Berretta. The full-size P226 was in the finals but the gun that was selected was the Berretta 92 model. There were also some units that preferred the P226 instead of its rival and so even if Berretta obtained the contract these units used as a service gun the P226 Sig Sauer.

The particularity of this gun is that there is no safety switch on the gun itself but there is a safety system on the gun providing a replacement for this absence.

This is referred to as a 4-point safety system by SIG. How does it work?

Well, the first safety mechanism is the de-cocker, which makes it possible for the shooter to lower the hammer without touching the firing pin and so even if there is a round in the chamber the gun won’t fire.

The second safety mechanism is the safety notch which is another way to keep the hammer away from hitting the firing pin and firing the gun.

The slide on the P229 is built a little different from other guns because there is a notch inside of it separating the firing pin from the round on the chamber. The difference between this system and the firing pin safety system is that this one makes sure that during the cycling process the gun doesn’t accidentally fire.

Even in the absence of a physical safety build in the gun like other models, the P229 is a very safe gun to use. The SIG engineers put a lot of effort into this safety system for it to be bulletproof.

There are currently 10 variants of the P229. There are differences on each variant starting from frame materials and the coating, type of finish, sights that are provided and the calibre etc. But taking away all those differences we always have the same wonderful P229 pistol. The P229 is considered a highly reliable gun, making it the preferred gun to be used by many government agencies, military organizations and police departments throughout the entire world.

Some of the Agencies that use the P229:

There is also a factor that many consider to be an issue with many SIG Sauer products. We are referring to its price. Comparing to the rest of the 9mm compact variants that the market offers, with a retail price starting over $1000 USD, the gun becomes accessible to certain buyers. “The best course of action before you buy this gun?” You go for it considering the quality of the gun and by the way it feels, the entrance price is more than justified. You will get a fully customizable gun with a lot of attachments available on the market that can easily be configured to fit the P229. There is the fact that the frame is made of steel which makes the gun a little bit heavy for a normal compact version and it might be an issue carrying it on concealment. The main point on buying a gun like this is that the performance you will get is one of the best. You can easily go down at the range and get a feel of it. Very soon you will understand that this gun is fully worth the price and there is a reason why many law enforcement agencies, military organizations and even Special Forces including the Canadian Special Forces use the P229. 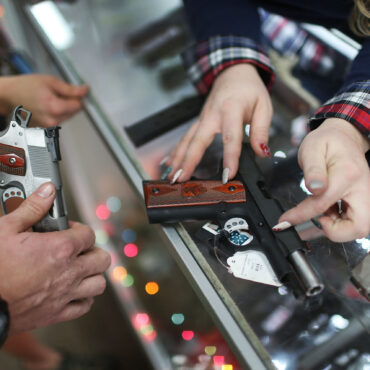